When I was a child, intelligence meant one thing: good grades.  If you didn’t get them, your parents likely had “words with you” about your performance as a student.  After my son was diagnosed with autism spectrum disorder (ASD) with language impairments and borderline intellectual impairments, I started rethinking the world of IQ and Intelligence.

IQ (or Intelligence Quotient) is a standardized test mean to assess human intelligence.  It’s also used to determine if an individual has an intellectual disability.  Sounds simple, right?

Standard IQ tests, such as the Stanford-Binet Intelligence Scale, focus on knowledge, quantitative reasoning, visual-spatial processing, working memory, and fluid reasoning.  However, these are not the only types of human intelligence with value.

As a society, we tend to value more marketable forms of intelligence, such as logical-mathematical and interpersonal .  Other forms, such as artistic, musical, existential, emotional, kinesthetic, and intra-personal intelligence are considered less important by society and are rarely tested to determine aptitude or general ability.

Expression of Intelligence is Diverse

A test for working memory and fluid reasoning might consist of matching pictures in a series and pointing out absurdities within those pictures.  For this to work, the person would have to understand what they are being requested to do and have the social understanding of what is considered “absurd”.

Maybe a man wearing a banana as a hat doesn’t seem that odd if you just saw a Chiquita sticker on your banana with a lady wearing an entire basket of fruit on her head. A picture of a dog and a frisbee together might seem like a logical pairing, unless your pet is a fish and you’ve never seen a plastic flying disc before. It’s very contextual.

M (age 6), shows his capacity for working memory and fluid reasoning in unique ways.  In therapy, he has learned that a timer controls his schedule, When the buzzer goes off, it’s time to change tasks.  Knowing the order of the tasks and which ones he enjoys most, he has taught himself to manipulate the timer to extend how long he gets to do those things.

The Problem with Standardization

All children in society are faced with standardized testing.  These are well-meaning tests, meant to measure the effectiveness of education and potential achievement.  Educators across the board agree that they are absolutely not.

I remember in US History class, I could memorize an entire 50 question test and repeat all the questions to my friend after the exam.  It didn’t prepare me for life in any way to ace those tests because most of those facts didn’t stick with me.

However, in US Government class, we were taught facts intermingled with critical thinking and creative processing.  I wasn’t taught to memorize the information, I was taught to understand it.  I went on to work at a political-science publisher and used that knowledge every day. 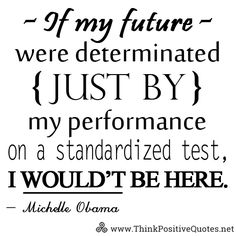 We need to stop pretending we can codify what it means to be smart.  Stop thinking that intelligence is measured by arbitrary tests or that potential is defined by STEM-related skill sets alone.

We need to embrace the diversity of people.